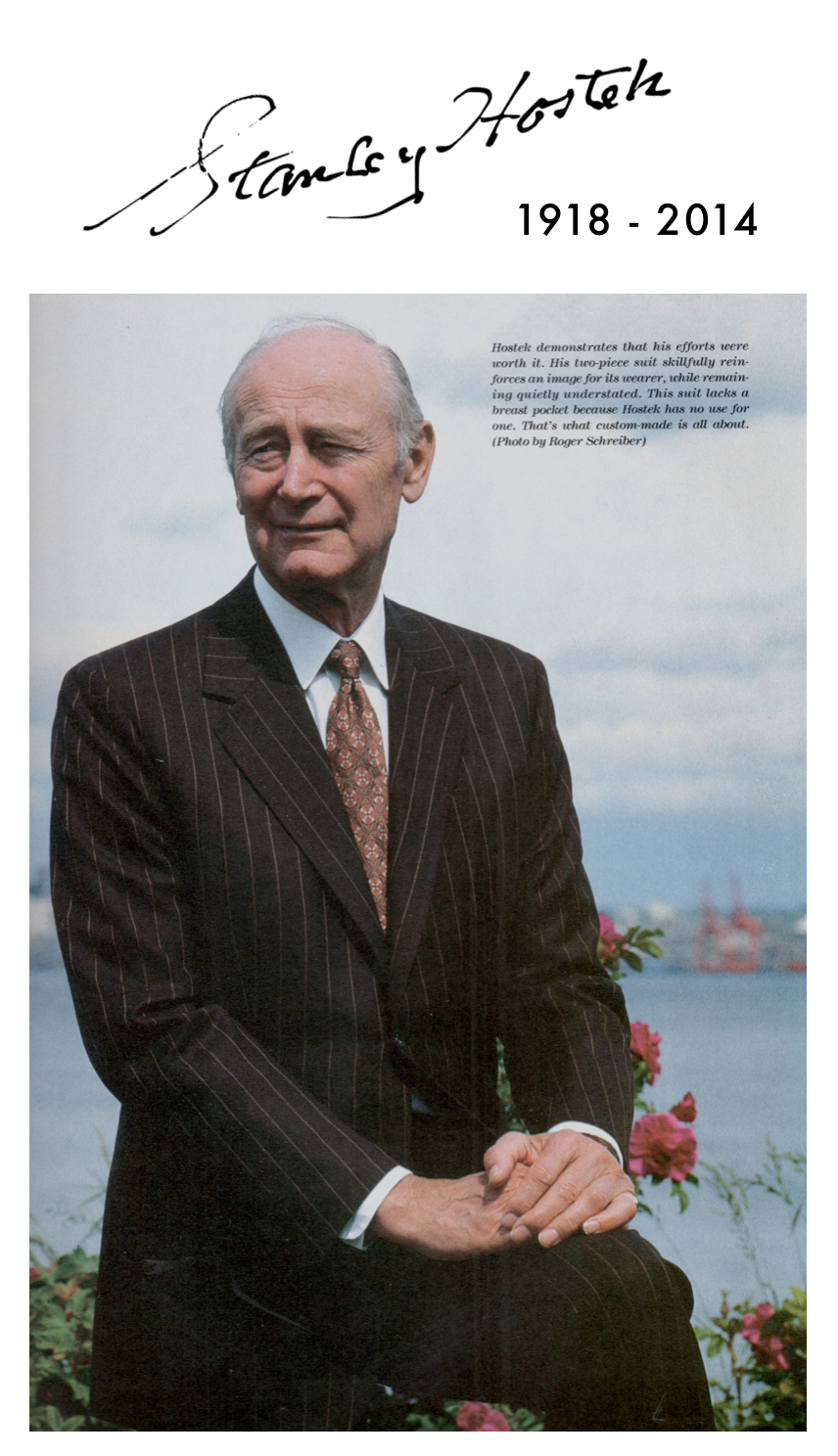 Stanley was born in Lewistown, Montana, where he grew up on his grandfather’s horse ranch, learned the tailoring trade from his father, and formed a deep appreciation of his Czechoslovakian heritage.

Stan’s upbringing in Montana cultivated his passion for Western and Native American art, literature and movies. He became a resident of Seattle, Washington in 1937 where he met his wife Dorothy. They raised two children and spent 71 years of marriage together.

Stanley was a custom tailor published many times in Threads Magazine. During his career, Stanley owned his own tailoring shop, taught tailoring at Edison Technical School (now Seattle Community College) and authored a collection of instructional tailoring books in the 1970’s:

Even in retirement, Stanley enjoyed teaching others the tailoring trade in the hope of carrying on its old-world legacy and importance.

He was a Past Master of Montlake Masonic Lodge, No. 278, and he served in the European Theater in World War II, storming Utah Beach in the D-Day invasion of Normandy.

Stanley passed his tailoring book business to his four grandchildren in 2012, so that his work could continue into the future. They formed Stanley Hostek Tailoring and run his website, StanleyHostek.com.

A TRUSTED AND RECOMMENDED RESOURCE:
THE SCHOOL OF CUSTOM CLOTHING AND ALTERATIONS

Founded and run by Joyce Murphy of JSM Tailoring Tools, she was a friend of Stanleys, and her business is a wonderful resource for tailoring education and tools.